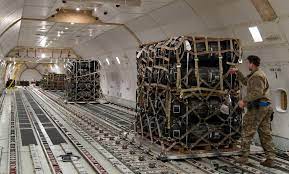 The United States has announced an additional 800 million dollars in military assistance to Ukraine, expanding the scope of the systems provided to include heavy artillery ahead of a wider Russian attack expected in eastern Ukraine. United States President, Joe Biden, made the announcement on Wednesday, after speaking with Ukrainian President, Volodymyr Zelenskiy, over the […]