He lamented on the poor state of education at the finals of the competition which held at Kaduna Polytechnic Tudun Wada, attributing the menace to lack of funding to engage schools in activities that will checkmate the capability of the students and calls for support from all and sundry.

Speaking on behalf of a sponsor who is also the gubernatorial candidate of New Nigerians’ People Party, Sen. Suleman Usman Hunkuyi, the Kaduna State Chairman of NNPP, Sorajo Muhammed Rilwan frowned at the fact that the government school students performed worst compared with students from private owned schools and promised to change the narrative.

A cross section of students who emerged as winners of the Kada City Interschool’s Competition (KCIC) Spelling Bee from the junior and senior category express their joy stating that this has built their confidence to remain dedicated to studies.

Highlight of the event was the presentation of awards to winners of different categories of the competition and a dance session with families, friends and fellow students of the winners. 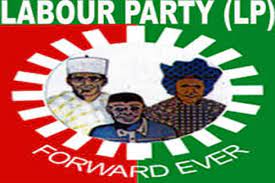