The Rivers Governor Nyesom Wike has continued to keep the Peoples Democratic Party (PDP) guessing following his decision to ignore chieftains of his party in events scheduled by his administration to inaugurate some of the completed projects.

In the programme of events billed to start on Monday, Wike extended unusual invitations to the leaders of the All Progressives Congress (APC) to inaugurate completed projects in Rivers. Lagos Governor, Babajide Sanwo-Olu, was invited to inaugurate the Orochiri-Worukwo flyover, a former Governor of Sokoto State, would be in the State on Tuesday to inaugurate the Ogbum-Nu-Abali Eastern Bypass dualised road.

Among the invitees are Speaker Femi Gbajabiamila, who would inaugurate the House of Assembly quarters on Friday and a former Governor of Ondo State, Olusegun Mimiko, who would commission dualisation of Azikiwe Illoabuchi Road.

Sources in the party said Atiku had made the bad blood worst with his utterances and body language that he could win the next election without Wike and Rivers. 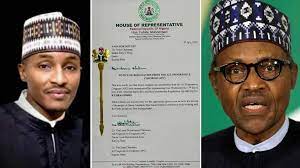