A member of Viktor Orban’s inner circle has resigned after the Hungarian Prime Minister spoke out against becoming “peoples of mixed race”.

Zsuzsa Hegedus, who has known the nationalist Mr Orban for 20 years, described the speech as a “pure Nazi text”, according to Hungarian media. The International Auschwitz Committee of Holocaust survivors called the speech “stupid and dangerous”.

Mr Orban’s spokesman said the media had misrepresented the comments. The speech took place on Saturday in a region of Romania which has a large Hungarian community.

In it, Mr Orban said European peoples should be free to mix with one another, but that mixing with non-Europeans created a “mixed-race world”.

Viktor Orban wrote in her resignation letter that Mr Orban’s anti-migration views are well known, but for Ms Hegedus Saturday’s speech crossed a line, saying the speech is a purely Nazi diatribe worthy of Joseph Goebbels who was the head of Adolf Hitler’s propaganda ministry.

Hungary’s largest Jewish group also condemned the speech and called for a meeting with Mr Orban.

Mr Orban’s remarks on race have been bitterly criticised by some in Hungary, and equally vehemently defended by others.

Tobi Amusan, once considered quitting athletics after being left out of women’s relay team at 2013 Africa Youth Games in Warri 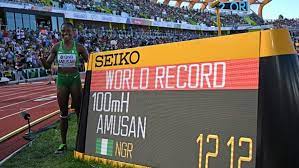 NLC, affiliate unions took to streets of major cities in country to protest 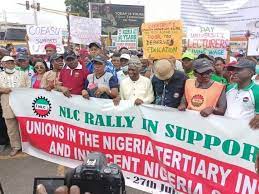