The Federal Government has drawn down the Excess Crude Account (ECA) to 376,655.09 dollars from 35.377 million dollars in May, this year.

The ECA is supposed to be a savings buffer meant to steady the government’s revenue and serve as a bailout for the economy in dire times.

The information about the ECA’s draw-down is contained in the abridged version of the Federation Account Allocation Committee (FAAC) Communique released by the Director in charge of Information in the Office of the Accountant General of the Federation (OAGF), Henshaw Ogubike, at the end of the monthly FAAC meeting in Abuja on Tuesday.

However, the detailed communique shows that a total of 1.012 trillion Naira was realised as revenue last month, but only 802. 407 Naira was shared after some deductions.

In the communique, it was stated that 26.117 billion Naira was withdrawn from the ECA as “Derivation Refund on withdrawals from ECA. The communiqué stated that “the balance in the Excess Crude Account (ECA) was 376,655.09 dollars.

At the end of the FAAC meeting for June, N802.407 billion was distributed among the three tiers of government.

WITED commended for giant strides in area of inclusivity and diversity 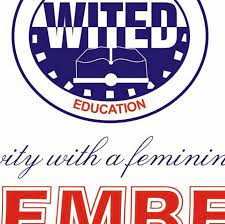