The President of the Academic Staff Union of Universities, ASUU, Prof. Emmanuel Osodeke, on Tuesday, slammed the Federal Government for failing to prioritise education in Nigeria, stating that the woes bedevilling the sector will not end until the ruling elite are forced to train their children in public schools.

Osodeke, while dismissing the two-week ultimatum issued to ministers by President, Muhammadu Buhari, to end the strike, stated that ASUU had concluded negotiations with the government and was only waiting for the ministers to sign the agreement reached with the university lecturers.

The ASUU President, while decrying the brain drain in the education sector, noted that Nigeria is also losing its professionals in the medical line to other countries.

Osodeke who spoke on national television, said the lecturers were ready to return to the classrooms as long as the government fulfils its part of the bargain.

According to him, the lecturers are out to ensure improvement in the welfare and working condition in the academia, noting that what is happening in Nigeria is not recorded in other countries, lamenting that a new professor earns less than N300,000. 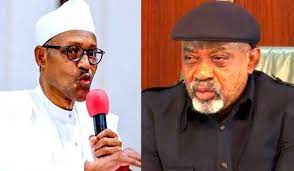