The arrival of Cristiano Ronaldo, who has 465 million followers on Instagram, in Manchester United in August 2021 signalled a dramatic escalation in social media activities and experts have credited him for the remarkable upturn in the club’s online fortunes.

Of the 25 most popular posts put out by Premier League clubs last season, 10 related to Ronaldo and the top three were all about the superstar striker.

As a result, the Red Devils have become the most popular club on social media worldwide, soaring above Barcelona and Real Madrid for the first time, in terms of engagement.

United are still looking to strike new deals with an airline partner after they parted company with Aeroflot, following the Russian invasion of Ukraine, and they are seeking sponsorship for their training ground, so there is a big incentive to keep the five-time Ballon d’Or winner in the building, said Dr Wilson.

Juventus enjoyed an extraordinary boost during the Portuguese striker’s three years in Turin, but in a new analysis for Sportsmail by the streaming and social intelligence company, Conviva, it is clear they have also suffered a dramatic reverse effect when he left for Manchester.

When Ronaldo left Juventus after three years, the club experienced a decline on social media. 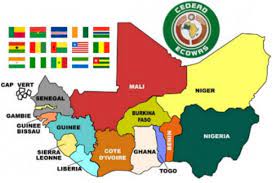