The Republican vice-chair of a congressional inquiry committee, Liz Cheney made the accusation during a prime-time hearing which was aimed at finding the cause of the raid.

Cheney said that Mr. Trump had been behind the attack, while a Democrat, Bennie Thompson, said the riot threatened American democracy.

It would be recalled that Mr. Trump’s supporters attacked Congress on 6th January 2021, as lawmakers met to certify President Joe Biden’s election victory. 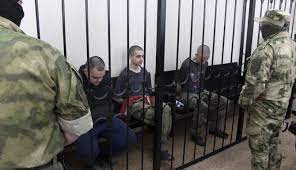