Interior Minister, Rauf Aregbesola has said the Federal Government will not be deterred in its effort to ensuring adequate security of lives and property of Nigerians.

He made the pledge in the wake of the killing of worshipers at St. Francis Catholic Church, Owo, Ondo State by gunmen.

In a statement issued on Monday in Abuja by his Media Adviser, Sola Fasure, the minister spoke when he paid a condolence visit to Owo to sympathise with those who lost their loved ones in the incident.

He described the killing of the worshipers as devastating, senseless and an attempt to ignite ethnic violence.

Aregbesola said that the attack was to dampen the moral of the government and Owo community, pointing out that the criminals were going after soft targets because they have been weakened. 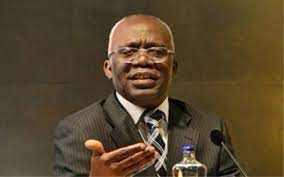