Buhari is working towards imposing his successor on Nigerians, Senator Dino Melaye

Former lawmaker, Senator Dino Melaye has alleged that President Muhammadu Buhari is working towards imposing his successor on Nigerians.

In a video on his social media handles, Dino, who lost his bid to secure Peoples Democratic Party, PDP’s ticket to run for the Kogi West Senatorial District in 2023, said the country is practicing democracy and would not allow the imposition of a president.

He stated this while reacting to Buhari’s comment asking the APC governors to support him in choosing his successor.

It would be recalled that Buhari, who met with the governors on Tuesday, had asked them to allow him to choose his successor as they did in their various states. 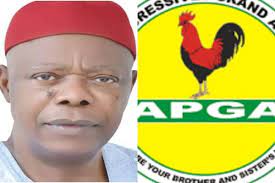