Reverend Father Hyacinth Alia, who was recently suspended by the Bishop of Gkoko Catholic Diocese for engaging in partisan politics, has emerged as the governorship candidate of the All Progressives Congress (APC) in Benue State.

Chairman of the Benue State APC primary election committee Peter Ojie made the declaration at the party secretariat in Makurdi the state capital, to conclude the two-day-long process of direct primary elections better known as Option A4.

While speaking to newsmen after the direct primary mode by the APC leadership, Reverend Alia, said he was satisfied with the result.

However, reacting to the announcement, an APC governorship aspirant in the state, Professor Terhemba Shija, said the process was questionable.

Report says that Reverend Alia will now contest against Titus Uba, who is speaker of the Benue State House of Assembly and candidate of the Peoples Democratic Party (PDP) in the 2023 general election. 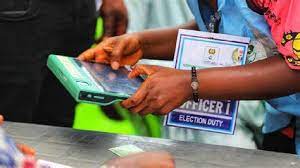 USA Ambassador to Nigeria, Mary Beth Leonard, discloses Nigeria will continue to be eligible for preferential trade access to US market under African Growth and Opportunity Act (AGOA) 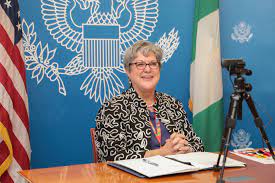