Namibia on Monday took delivery of 23 ancient pieces of jewelry, tools and other objects pillaged during colonial rule, and returned as an indefinite loan from Germany.

According to reports, the return of the artefacts is part of a project to encourage rapprochement between the two nations.

The Museum Association of Namibia chairwoman, Hilma Kautondokwa, said all the artefacts were collected during the Germany colonial era from different Namibian communities.

She said the returned items were taken mostly between the 1860s and the early 1890s. Hundreds of other objects remain in Germany.

The items were handed over to the National Museum of Namibia by the Germany’s Ethnological Museum of the Prussian Cultural Heritage Foundation. 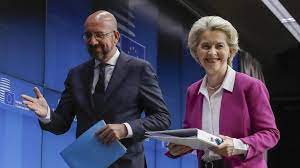