The kidnapped Bishop of the Methodist Church Owerri, His Eminence Samuel Uche, and two other abducted clerics have regained freedom.

The police spokesman in the state Geoffrey Ogbonna had told newsmen that the preacher was kidnapped alongside two others, the Bishop of Methodist Church, Owerri Diocese, and the prelate’s chaplain.

He explained that they were whisked away at about 2 pm on their way from a church programme in Okigwe (Imo State) to Isuochi in Umu Nneochi Local Government Area of Abia State.

In the wake of the incident, the command mobilised men to speed up efforts to rescue the clergymen. 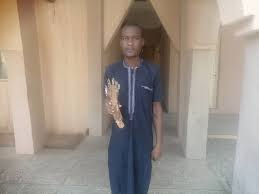 Professor Ango Abdullahi’s son, appeals to FG to him and others from adductors den.