Nottingham Forest have been promoted to the English Premier League (EPL) for the first time in 23 years.

This was after they secured a 1-0 victory over Huddersfield Town in the Championship playoff final at Wembley on Sunday.

An own goal from Huddersfield defender Levi Colwill was enough for Nottingham Forest to secure victory in the play-off final dubbed the richest game in football.

Huddersfield pushed for an equaliser and were denied a penalty kick in the 73rd minute. 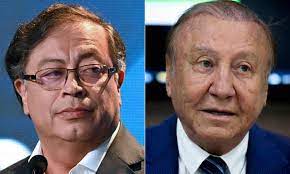