Peoples Democratic Party has frowned on the Independent National Electoral Commission (INEC) decision to extend the deadline for party primaries by six days.

PDP spokesperson, Mr Debo Ologungba, said INEC has changed the goalpost in the middle of the game, stressing that certainty of elections is the bedrock of democracy.

He was speaking at the Velodrome of the Moshood Abiola Stadium, Abuja, where the PDP is scheduled to hold its special National Convention on Saturday, saying the consequences will be grave for the country.

He noted with concern that the bedrock of democracy is certainty of elections and the fact that the rules are clear to every participant, adding that INEC cannot shift the goalpost in the middle of the game.

The Chairman of the Peoples Democratic Party’s (PDP) National Convention Organizing Committee (NCOC), Senator David Mark has assured that arrangements have been made for a hitch free exercise on Saturday where the party is expected to elect its presidential flag bearer for the 2023 presidential election.

Addressing members of the committee of the Convention in Abuja ahead of the programme, Senator Mark assured that the exercise will be smooth and transparent.

He told members of the committee to brace up to the challenges to ensure a credible exercise, saying they must be absolutely transparent.

Senator Mark maintained that the stage was set for a hitch-free programme as all logistics, materials and security have been sorted out, adding that virtually all our delegates have arrived Abuja.

He said the PDP has a track record of conducting peaceful congresses and conventions over the years assuring that the outcome of this convention will make the party stronger.

Senator Mark and his committee members also inspected the facilities at the Velodrome, Moshood Abiola stadium, Abuja, venue of the convention. 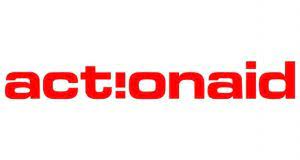