The United Arab Emirates (UAE) has become the first Gulf state to record a case of monkeypox.

The Czech Republic and Slovenia also reported their first cases on Tuesday, joining eighteen other countries to detect the virus outside its usual Africa base.

That number is expected to rise further still, but experts say the overall risk to the general population remains low.

Outbreaks of the virus have been found in Europe, Australia and America and its symptoms often include; a fever and rash – but the infection is usually mild. 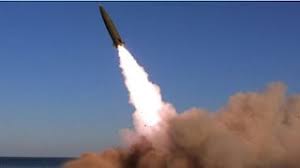