The Bauchi State Governor, Bala Mohammed, on Saturday ordered a probe into the violence that erupted in the Katangan area of Warji Local Government Area of Bauchi State over an alleged blasphemy.

Mohammed expressed dismay and sadness at the incident, vowing that his government would not fold its hands and watch unscrupulous elements disrupt the peace in the state.

The governor said the state would set up an investigation panel to unravel the situation and anyone found wanting among both the Christians and the Muslims would be punished according to the law.

Responding, the Resident Pastor of the Evangelical Church Winning All, whose shops were burnt, Musa Buba Bajam, thanked the governor for coming to commiserate with them.

He also appealed to Christian leaders and parents to guide their children to resist any ungodly provocation and to religious leaders from both religious divides to intensify teachings about the evil of taking the laws into one hand and killing another person for whatever reason. 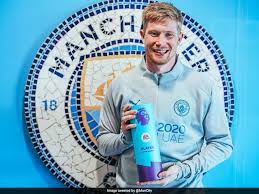