United States President, Joe Biden, on Friday, arrived in South Korea for the first leg of his first trip to Asia as president.

Mr. Biden was greeted at the United States’ air base at Osan by South Korean foreign minister Park Jin, and the commanding general of United States forces in Korea, Paul LaCamera, among other American and South Korean officials.

Report says that Mr. Biden was due to meet with South Korean President, Yoon Suk-yeol, later on Friday at a Samsung Electronics plant, ahead of a full day of events on Saturday.

The visit will be the first meeting between the two leaders after Yoon took office on May 10, and vowed to deepen ties with the United States. 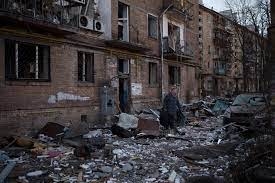