Former President says being patriotic to Nigeria is duty-bound on every citizen.

Former Nigerian President, Chief Olusegun Obasanjo, on Thursday, said he is a patriot and has no apology for being passionate about Nigeria, which is Africa’s most populous nation.

Chief Obasanjo stated this while playing host to a presidential aspirant of the Peoples Democratic Party (PDP), Muhammed Hayatudeen, at his presidential library home in Abeokuta, the Ogun State capital.

Chief Obasanjo also spoke on four factors responsible for the low level of socioeconomic and political development of the country despite different opportunities that have presented themselves for real development.

While saying that lack of passion, vision, innovation, and knowledge were largely responsible for the low level of development, he maintained that Nigeria can overcome its numerous challenges with the right leader who would be willing to make tough decisions. 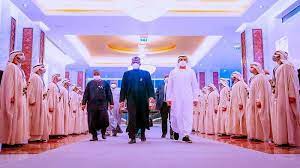 Relatives of kidnapped victims on Kaduna-bound train bent on thwarting the resumption of train services by Nigerian Railway Corporation (NRC), for announcing May 23 as resumption date for services on Abuja-Kaduna route. 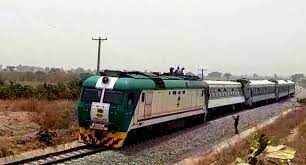