The United States’ Congress says it will approve a 40-billion-dollar aid package for Ukraine in the latest fulfillment of President Joe Biden’s promise of support for the nation as it fights off the Russian invasion.

Passage of the money is an unusually bipartisan move for the harshly divided United States’ Congress.

Republican Senate Minority Leader, Mitch McConnell, which disclosed this on Thursday said that aid for Ukraine goes far beyond charity.

Report says that contained in the bundle is 6 billion dollars earmarked to allow Ukraine to boost its armored vehicle inventory and air defense system.

Former economy minister and President Vladimir Putin’s adviser, Maxim Oreshkin, says Russia took steps to prepare itself for a food crisis threatening the world even before the nation invaded Ukraine.

Mr. Oreshkin said this on Thursday while speaking at a youth forum in Moscow, Russia’s capital.

According to him, he believes global hunger would begin in late 2022, adding that ill-thought out policies by the United States and European Union countries were leading to the food crisis.

Report says that Russia and Ukraine alone produce thirty percent of world wheat supply but the war between the two nations and a list of international sanctions on Russia have disrupted supplies of fertilizer, wheat and other commodities from both countries.

Commissioner of Police in Zamfara State, Mr. Ayuba Elkanah, calls on religious leaders, other security stakeholders to always preach peace, religious tolerance, respect for one another. 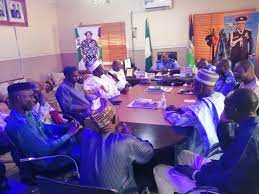 Bodies of five migrants suspected to have died of dehydration, heat stroke found in railroad car in northern Mexico. 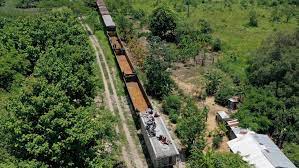