Gabon captain and Barcelona striker Pierre-Emerick Aubameyang has retired from international football, with only two weeks before the start of the 2023 Africa Cup of Nations qualifiers.

32-year-old Aubameyang made a total of sixty-eight appearances for the Panthers of Gabon and scored twenty-nine goals, which makes him the nation’s all-time leading scorer.

In a message, the Gabon Football Federation (Fegafoot) said it had received a letter from the striker announcing his retirement.

Aubameyang was born in France and played briefly for the French under-21 side before switching to play for Gabon to follow in the footsteps of his father, who captained the side at their first Nations Cup finals appearance in 1994. 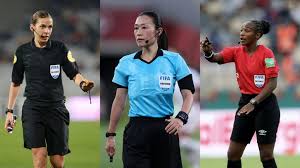 Minister of Information and Culture Lai Mohammed says President Muhammadu Buhari will decide fate of ministers who declared interest in elective offices but later backed out.