The Minister of Finance Budget and National Planning Zainab Ahmed has suspended the Accountant General of the Federation Ahmed Idris over an N80 billion scandal.

The suspension was contained in a letter by the minister dated 18th May 2022 in which she said the move was necessitated by the need to “allow for proper and unhindered investigation into the serious allegations in line with Public Service Rules 030406”.

According to the minister, during the suspension period, which is without pay, Mr Idris is not expected to attend work or contact any official in his Office except for any disciplinary hearing that may be advised.

The suspension is the latest in the N80 billion scandal involving the Accountant General who was arrested by the Economic and Financial Crimes Commission (EFCC) on Monday.

He said the funds were laundered via real estate investments in Kano and Abuja. The EFCC spokesman explained that Idris was arrested after failing to honour the commission’s invitations to respond to issues connected to the fraudulent act.

Meanwhile, reports say the Economic and Financial Crimes Commission has traced at least 17 properties to the Accountant-General of the Federation, Ahmed Idris.

An official of the EFCC, said the properties traced to Idris are located in Kano, Lagos, Abuja, Dubai and London.

He, however, said preliminary investigations showed that the nation’s chief accountant allegedly used proxies to buy some of these properties, adding that the commission would therefore need to invite some of the proxies of the accountant-general.

The detective added that from all indications, these properties were purchased while Idris was in office and did not declare them before the Code of Conduct Bureau as stipulated by law.

It was learnt that Idris came under scrutiny last year following allegations that he offered huge sums of money to a family in order to secure the marriage of their 16-year-old daughter.

Also, the accountant-general had in 2021 launched Gezawa Commodity Market and Exchange Limited which he had openly admitted to owning. 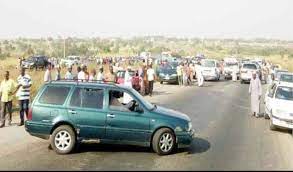