The Commissioner of Police Kaduna Command, Yekini Ayoku, has visited the scene of Tuesday’s attack by bandits at Katari village section of the Abuja-Kaduna highway.

The police commissioner was accompanied by the Kaduna State Commissioner for Internal Security and Home Affairs, Samuel Aruwan for an on-the-spot-assessment of the incident.

According to a statement by the spokesman of the Kaduna State Police Command, Mohammed Jalige, the Commissioner expressed sadness over the unfortunate incident and promised to redouble their efforts to build on the recent safety enjoyed by road users.

Bandits in their large numbers and wielding sophisticated weapons attacked commuters on the Kaduna–Abuja road between St. Peters and Audu Ogbe farm, in Katari village

The attack left three persons with varying degrees of bullet wounds while an unspecified number of travellers were abducted.

—– Police in Abuja parades duo of Aminu Lawal and Murtala Dawu for allegedly being responsible for kidnap, murder of two police, one vigilante in Abuja.

Meanwhile, the police in Abuja have paraded the duo of Aminu Lawal and Murtala Dawu for allegedly being responsible for the kidnap and murder of two police and one vigilante in Abuja.

Police spokesperson, Olumuyiwa Adejobi said the suspects confessed to the kidnap of students from the Greenfield University in Kaduna State.

They also confessed to the murder of five of the Greenfield victims before the payment of ransom and eventual release of the others.

A five-man trans-border kidnapping syndicate operating between Adamawa State and Burha, Fituha and Kesu in Cameroon were equally paraded alongside 24 others who were allegedly involved in various crimes, including rape, armed robbery, unlawful possession of firearms and culpable homicide. 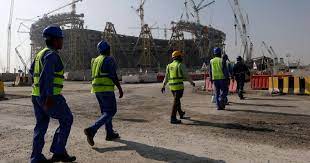 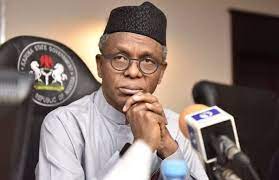