The Kaduna State Police Command has apprehended a suspect who specialises in supplying ammunition to bandits terrorising the state.

Identified as Rilwanu Abdullahi, the state command’s Public Relations Officer, ASP Mohammed Jalige, said in a statement on Wednesday that the suspect was arrested by operatives attached to the Zaria command, acting on a tip-off.

The police spokesman disclosed that items recovered from the suspect included an AK 47 rifle and 600 rounds of 7.62 X 39mm live concealed inside the fuel tank of Volkswagen with number plate AX 973 LGA as well as two vehicles used in conveying weapons to bandits.

Jalige noted that despite all odds the command was not relenting in ensuring that no stone was left unturned in its resolve to reduce crime to the barest minimum.

According to him, the Command is soliciting the support of the general public in the area of information sharing, particularly on the informant to bandits as that is the root of bandits’ operations. If the informants are dislodged, the bandits will be suffocated and lack ground to operate. 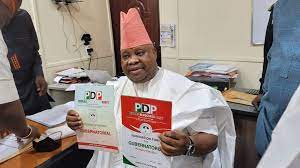