Governor of Ekiti State, Kayode Fayemi dismissess allegations made against him by former National Chairman of All Progressives Congress (APC), Adams Oshiomhole.

The Governor of Ekiti State, Kayode Fayemi, has dismissed allegations made against him by the former National Chairman of the All Progressives Congress (APC), Adams Oshiomhole.

Oshiomhole had accused Governor Fayemi who is a presidential aspirant in the APC of asking him to rig an election in his favour.

But Governor Fayemi, in a statement by his Chief Press Secretary, Yinka Oyebode, rubbished the allegation.

Stressing that he had no reason to approach Oshiomhole for favours for any election, the statement said Governor Fayemi has a stellar track record of being a consummate democrat even in difficult times.

He called on the former APC chairman to back his claim with evidence. 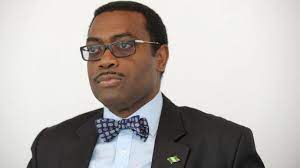