The National Industrial Court, on Tuesday ordered the Central Bank of Nigeria (CBN), to pay a judgment sum into an interest yielding account in the name of the court’s Registrar.

The judgment sum of 2.5 billion naira as ordered by the court was contained in a judgment in a garneshee proceeding delivered by the same court on Jan. 27, in favour of 110 disengaged staff of the Ahmadu Bello University (ABU), Zaria, that were sacked in 1996.

Joined in the suit as respondents are the 110 disengaged staff, ABU, Zaria, the Minister, Federal Ministry of Education and the Attorney General of the Federation & Minister of Justice, as first, second, third and fourth respondents respectively.

The matter which was slated for ruling came up before Justice Rakiya Hasstrup. She stated that she arrived at the decision having gone through the processes, authorities relied upon and the oral submissions made by both counsel. 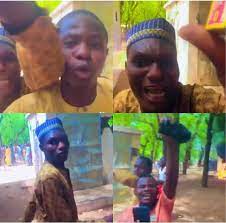