The Minister of Finance, Budget and National Planning, Zainab Ahmed, has said despite the Federal Government’s efforts to leverage the benefits of tax exemptions and concessions, the incentive has rather led to huge revenue loss to the government.

According to her, though the government is committed to reducing tax expenditure, the nation’s current revenue to Gross Domestic Product (GDP) ratio of about seven per cent was poor and unsatisfactory.

The minister stated this on Monday in Abuja, at the workshop on tax expenditure organised by the ECOWAS Commission under the Context of the Implementation of the Support Programme for Tax Transition in West Africa (PATF).

The PATF is aimed at improving the management of domestic taxation and ensuring better coordination of taxation in the ECOWAS and West African Economic and Monetary Union (WAEMU) regions.

The minister, represented by the Director, Technical Services in the Ministry, Fatima Hayatu, observed that Nigeria’s low revenue generation capabilities has been an enduring challenge to past and present governments.

She said though Nigeria is celebrated as the country in Africa with the largest economy, translating the wealth into revenue generation had remained a challenge.

Federal Government says Abuja-Kaduna train service will resume on May 23. 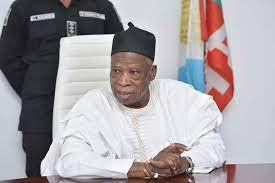