The incessant terrorists’ attacks in southern Kaduna, which has resulted in loss of lives and destruction of properties worth million, is a source of concern to residents of the region.

A cross-section of indigenes, who spoke to newsmen in Kauru Local Government Area of Kaduna State, said they were tired of such attacks, which have been happening unabated for years.

They, therefore, called on their respective representatives, both in the National Assembly and the Kaduna State House of Assembly, to overlook their differences and work together towards ending such dastardly attacks.

Honourable Dikko, who is also a senatorial aspirant for Southern Kaduna Senatorial District on the platform of the Peoples’ Democratic Party (PDP) in the 2023 general elections, also spoke on insecurity.

Report says that Honourable Dikko was at Kauru, Jema’a, Sanga and Kaura Local Governments to meet with party delegates and to discuss the way forward for the people of the region. 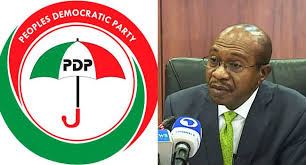