Governor Nasir El-Rufai of Kaduna State has endorsed Senator Uba Sani (APC, Kaduna Central) as the governorship candidate of the All Progressives Congress (APC) for the 2023 election in the state.

It was gathered that the decision was reached after extensive discussion with some of the aspirants, where the governor made his choice known to them.

it was also learnt that the governor asked a former Chief of Staff and two-time former Commissioner of Budget and Planning, Muhammed Sani Abdullahi, popularly known as Dattijo, to pick the form for Kaduna Central Senatorial District.

El-Rufai had, while featuring on National Television said his preference of a successor is in his core team who started from 2014 and includes the deputy governor, Hadiza Balarabe, the Secretary to the State Government (SSG), Balarabe Abbas Lawal, three commissioners – Bashir Saidu (Finance), Muhammed Sani Abdullahi (Budget and Planning) and Samuel Aruwan (Internal Security).

In the meantime, the governorship hopeful, Muhammed Sani Abdullahi has reacted to the decision of the Kaduna state Governor.

In his message on social media, he said the outcome was not what they planned or hope for but they have accepted it as God’s will who provides to whom he wishes, when he wishes entrusting their future to Him and prayed the State and the Nation will have the best of leaders in 2023.

He expressed gratitude for the Governor’s mentorship and unwavering support, noting that he will pick the senate form as directed despite getting the APC governorship form.

Sani hopes all party members will continue to work together for the success of the APC in all elections as the support he has enjoyed is not taken for granted and will always be remembered and appreciated. 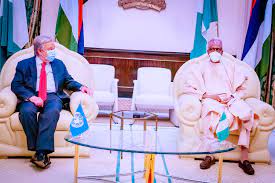 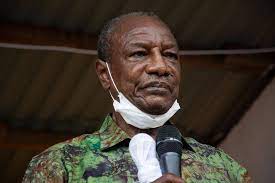