Governor Rotimi Akeredolu of Ondo State has said the ruling All Progressives Congress (APC) must take a position of zoning.

In a statement on Tuesday, Akeredolu, who is Chairman of South West Governors’ Forum, said the issue of zoning must not throw the party into another round of crisis.

According to Akeredolu, the next president must come from the southern part of the country this the governor said, was the reason why the party zoned its national chairmanship position to the north.

He condemned the refusal of the leadership of the APC to announce to aspirants that the presidential slot would be for the south in 2023, stressing that it will be disingenuous for anyone to argue against rotation at this period.

He added the statement on the zoning of the presidential ticket to the south must be done without delay, maintaining that the principle of Federal Character is enshrined in the 1999 Constitution. 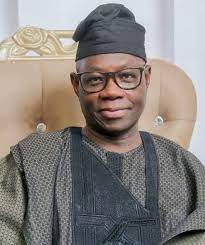