NLC sues for peace, security, good governance on May Day.

The Nigeria Labour Congress (NLC) has called for peace, stability, security and good governance as workers mark this year’s International Workers Day on May 1.

The NLC President, Mr Ayuba Wabba, told newsmen on Saturday in Abuja, that peace, stability, security and good governance were the constitutional responsibility of the government.

Wabba announced the 2022 May Day theme as: “Labour, Politics, the Quest for Good Governance and National Development’’. He also said that the theme was not all about the forthcoming general elections, rather it should be about the people, good governance and the government that would respond to issues effectively.

Wabba also explained that the day was set aside to create awareness on the lack of security and sacrifices of workers and for the political elites to be reminded of what to be done to be able to secure Nigeria.

Also, in a statement, the Trade Union Congress (TUC) in a statement signed by the TUC President Mr Quadri Olaleye felicitated Nigerian workers and people on the commemoration of the 2022 International Workers Day.

Meanwhile, Senate President Ahmad Lawan has called for a speedy and amicable resolution of the ongoing faceoff between the federal government and the Academic Staff Union of Universities (ASUU).

Lawan, in a statement to commemorate this year’s May Day, said the move was to ensure that universities reopen for learning and research.

He hailed Nigerian workers for their patriotic cooperation with the government and other institutions in the collective efforts to address societal challenges. 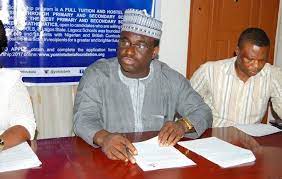 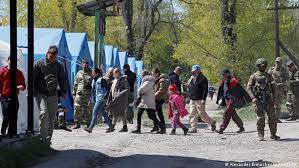