England and Manchester City goalkeeper, Karen Bardsley, will retire at the end of the season following a 13-year career at the top of the women’s game.

The 37-year-old has 81 caps for England, while she won eight major trophies with City, including their first Women’s Super League title.

she has struggled for game time after she picked up a hamstring injury at the 2019 World Cup.

Bardsley’s last league match for City was against Aston Villa in January, 2021.

The English lady played in three World Cups and two European Championships for England, winning the shebelieves cup in 2019.

President Muhammadu Buhari vows to hand over to whoever Nigerians elect. 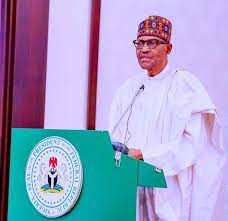