Clash between police, members of banned Islamic Movement in Nigeria, left one dead, several others injured.

A clash between the police and members of the banned Islamic Movement in Nigeria, IMN, (Shi’ites), left one dead and several others injured.

An eyewitness said the incident occurred while the Shi’ites were on a procession to mark the annual Quds Day, usually marked with a procession on the last Friday of Ramadan to protest against Israeli occupation of Palestine. It was gathered that the operatives used teargas to disperse the Shi’ites.

Speaking to journalists, the leader of IMN in Kaduna, Aliyu Umar, said he wondered why they should be prevented from celebrating the annual Quds Day which was a global event and commemorated even in Europe.

He however, denied that his members set a police station and vehicles ablaze. Kaduna State Police Command was yet to react to the incident.

No fewer than five passengers, including a vigilante, were killed along the Sabon Gari-Kampani Road in Wase Local Government Area of Plateau State.

It was gathered that the victims were killed by suspected bandits operating in the area.

According to Abdullahi Usman, a resident of Wase town, the vigilante and one other person were ambushed, while the remaining three were killed during a stop- and-search operation by the bandits.

Usman added that more than 20 passengers were kidnapped in the incident.

When contacted, the spokesperson of Operation Safe Haven, Major Ishaku Takwa, said he had not been informed about the incident, but he promised to get details. 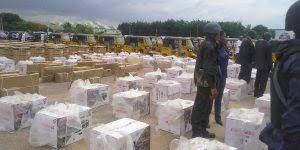 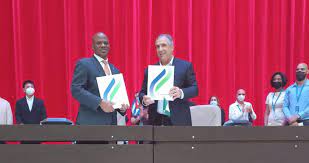