The Chief of Army Staff (COAS) Lieutenant-General Faruk Yahaya has urged troops of the Nigerian Army to remain apolitical and professional in the discharge of their constitutional responsibilities during electioneering period.

Yahaya gave the charge in his goodwill message to troops on the occasion of Eid-El-Fitri celebration released by the Director, Army Public Relations, Brigadier-General Onyema Nwachukwu on Friday in Abuja.

The COAS advised officers and soldiers to defend the nation’s democracy, avoid being lured into politics and commended them for their sacrifices and commitment in the ongoing operations nationwide.

He urged them to leverage on the holy season of Ramadan to reflect on the significance of loyalty, obedience and sacrifice.

Yahaya said the season provided a unique opportunity to re-examine and re-adjust efforts toward fulfilling their constitutional roles and justify the confidence reposed in them by Nigerians and charged field commanders to redouble efforts in ongoing operations and achieve results. 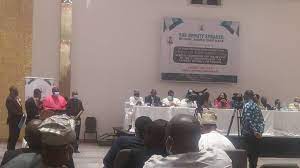 Flour Mills of Nigeria gets approval to acquire 76 percent stake in Honeywell. 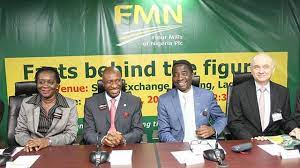