Vice-President Yemi Osinbajo said it will be betrayal to Nigeria if he doesn’t contest presidency in 2023 general elections.

Vice-President Yemi Osinbajo on Monday said it will be a betrayal to Nigeria if he doesn’t contest the presidency in the 2023 general elections.

Speaking during a visit to Ondo State Governor, Rotimi Akeredolu and stakeholders of the All Progressives Congress (APC) in the state, Osinbajo said aside from his current position, having served as acting president for months has also given him the needed experience to lead Nigeria.

On his part, Akeredolu said the delegates from the state love and respect him but said it is God that enthrones.

Since Osinbajo announced his intention to run for president on April 11, he has been travelling round the country to seek support for his ambition. 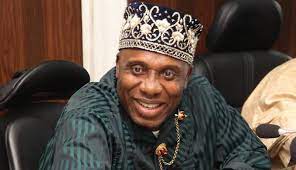