A presidential aspirant and Minister of Transportation, Rotimi Amaechi, promised to construct the Ondo seaport as well as ensure the completion of the railway in the state if elected President in 2023.

Amaechi made the pledge while speaking at the palace of the paramount ruler of Akure Kingdom, His Royal Majesty Aladetoyinbo Ogunlade Aladelusi during his visit to the state to support his presidential ambition.

Speaking further, the minister told the monarch that he is in the state to seek the support of the people in winning the All Progressives Congress (APC) primary election and also the presidential election.

Amaechi also maintained that he has the qualities required to be the President of Nigeria owing to his political antecedents and his successes as state legislator, governor and presently minister.

On security, he said he has gathered the requisite experience as former Rivers State governor where he tackled the myriads of security challenges facing the state then.

Vice-President Yemi Osinbajo said it will be betrayal to Nigeria if he doesn’t contest presidency in 2023 general elections. 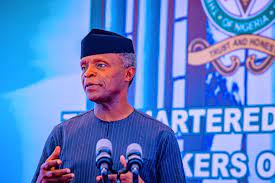 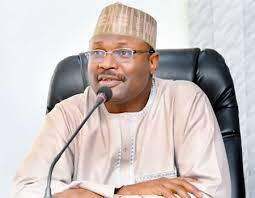