The Nigerian Army has deployed one hundred and seventy-three officers and soldiers to Guinea Bissau on an Economic Community of West African States (ECOWAS) peacekeeping Operation.

The Chief of Operations, Army Headquarters, Major General Oluwafemi Akinjobi, announced this on Thursday at the graduation and pre-deployment training of the troops from the Martin Luther Agwai Peacekeeping Centre in Jaji Kaduna State.

The graduation came ahead of their departure to Bissau, the Guinea Bissau capital, as they are expected to leave Nigeria immediately after their induction.

While addressing the troops, the Chief of Operations, represented by Major General Zakari Abubakar, warned the contingent to abide by the rules of engagement, exhibit braveness as professionals, and also respect the cultural sensitivity of the people of Guinea Bissau.

According to Major General Abubakar Nigeria is committed to the deployment of a contingent to maintain peace in the Republic of Guinea Bissau. 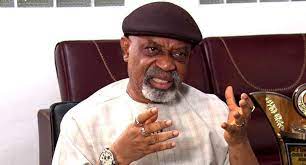