The United Kingdom Prime Minister, Boris Johnson, says he received a fine from the police for breaking lockdown laws.

Most Conservative Party Members of Parliament supported Mr. Johnson, as he repeatedly apologised for attending a birthday party in Downing Street in 2020, saying he did not think he was breaking the law at the time.

However, Labour leader Sir Keir Starmer called Mr. Johnson’s apology a joke as Members of Parliament from all parties criticised his behaviour.

Also Conservative Party Member of Parliament, Mark Harper, called on the Prime Minister to quit over his indefensible actions.

French President, Emmanuel Macron, and far-right challenger, Marine Le Pen, will face off on Wednesday in a debate. 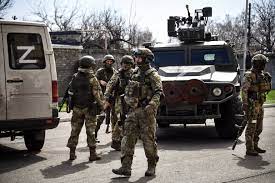