According to reports, Moscow bombarded cities with rocket and artillery fire on Monday and in a video address Mr. Zelensky said that the battle for the Donbas has begun.

The offensive has been long-expected after Russia failed to seize Kyiv. Russia initially appeared to want to capture major Ukrainian cities and topple the government.

But after facing stiff resistance, Russian defence officials said that its main objectives in the first stage of the operation had been generally accomplished and its forces were moved from areas around the capital. 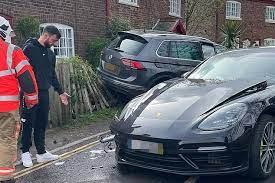