Governor Abdullahi Ganduje of Kano State has said his Rivers State counterpart, Nyesom Wike will lose the 2023 presidency. Ganduje said Wike would be a good loser because he has courage.

He spoke while receiving the Peoples Democratic Party, PDP, Presidential aspirant in Kano.

In his reaction Governor Nyesom Wike said that if his Kano State counterpart, Abdullahi Ganduje was running for the 2023 Presidency he would have stepped down and not run for the Presidency if Ganduje was contesting.

Speaking during a courtesy visit to Ganduje in Kano, the Peoples Democratic Party, PDP, presidential aspirant expressed gladness that Ganduje was not in the race. He urged his Kano State counterpart to support his 2023 Presidential ambition.

Meanwhile Governor Abdullahi Ganduje has directed his Chief of Staff, Ali Haruna Makoda, as well as three commissioners who tendered their resignation to continue carrying out their duties.

Ganduje’s Chief Press Secretary, Abba Anwar, who disclosed this in a statement, said the governor accepted the resignation of seven other commissioners.

Among the commissioners the Governor directed to return to their duty posts are Alhaji Nura Muhammed Dankade, Sanusi Said Kiru, and Dr. Aminu Tsanyawa, commissioners for Budget & Planning, Education and Health, respectively.

It was earlier reported that the governor also rejected the resignation of the Managing Director of Kano Road and Transport Agency (KAROTA), Baffa Dan Agundi. 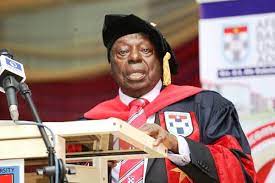 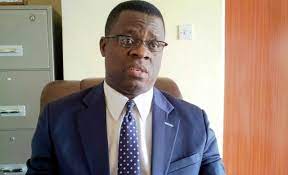