The Centre for the Promotion of Private Enterprise (CPPE) has appealed to the Federal Government to intervene in addressing what it described as conflict and contradictions in the trade policy space, especially as it relates to the import prohibition list and the Central Bank of Nigeria’s (CBN) forex exclusion list.

According to the CPPE, the lists are conflicting and disrupting trade, as well as present an untidy situation in which the country appears to have two sets of trade policy documents.

CEO of CPPE, Dr. Muda Yusuf, in his comments on the 2022 fiscal policy measures, underscored that the policy conflict between the fiscal and monetary authorities should be addressed.

He commended the government for putting in place the new fiscal policy measures to create an industrial sector that is protected and supported for competitiveness. 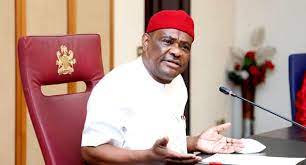