Kenya, Zimbabwe included in 2023 Africa Cup of Nations qualifying draw despite being banned by FIFA over government interference.

Kenya and Zimbabwe will be included in the 2023 Africa Cup of Nations qualifying draw on Tuesday in Johannesburg despite being banned by FIFA over government interference.

A Zimbabwe government-funded umbrella sport body drew the ire of FIFA by sacking national football association executives led by Felton Kamambo over issues including failing to account for public funds.

CAF have set a deadline of mid-May for the bans to be lifted or the countries will be barred from taking part.

Should Kenya and or Zimbabwe fail to have the suspensions lifted, the groups they are placed in will shrink from four nations to three with the top two finishers still qualifying for the finals. 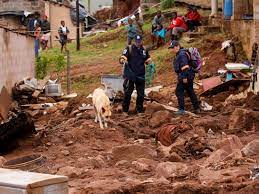