Newly turbaned title Heads in the Cabinet of the Chief of Gonin-Gora, have been advised to live up to expectations by not indulging in vices that will harm their reputation.

The advice was given by the Chief of Gonin –Gora, John Yusuf Sarki, in his Palace in Gonin-Gora, while trubaning new title Heads as well as replacing some vacant ones into his Cabinet, during an annual community cleansing festival, ‘Ajebajeh’, on Friday.

Sarki, also talked about the importance of the festival and what it entailed for his community.

Also speaking, the Village head of Kakau, Iliya Garba Zarmai, urged the new title Heads to be responsible and support the Chief of Gonin-Gora bringing about development.

Part of the feature of the festival is coronation of people, after screening to ascertain if they have the attributes or not. 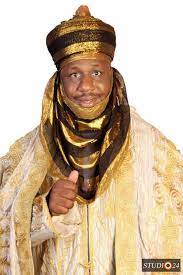