The National Leader of All Progressives Congress, APC and Presidential hopeful in the 2023 poll, Bola Tinubu, on Saturday, said Nigerians were tired of excuses and lamentations over perennial insecurity and socio-economic challenges in Nigeria, saying a united and insecurity free Nigeria is possible.

The former Lagos State Governor, Tinubu, spoke at a grand rallz by youths under the aegis of Progressive Youth of South-West to declare their support for his presidential aspiration at the Mobolaji Johnson Arena, Onikan, Lagos Island area of the state.

Tinubu, while addressing the teeming youths that filled the arena, which he described as the brightest, brilliant, urged them to team up with him in his bid to change the story of Nigeria for the youths and tomorrow which they represent.

The youth from different states in the South West region, such as: Lagos, Ogun, Osun, Ekiti, Ondo and Oyo states converged on Lagos in their large numbers to drum up support for the aspiration of Tinubu in his quest for Presidency on 2023. 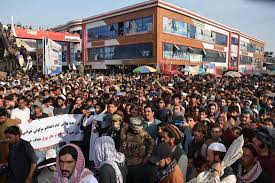 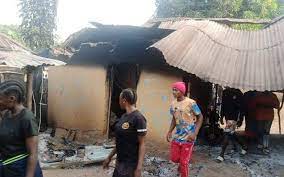