The Federal Government says security agencies have intensified efforts to secure the release passengers kidnapped from the Abuja-Kaduna train service on March 28.

Minister of Information and Culture, Alhaji Lai Mohammed, stated this on Wednesday when he fielded questions from State House correspondents at the end of the virtual meeting of the Federal Executive Council (FEC), presided over by President Muhammadu Buhari.

According to the minister, security agencies are working hard to unveil the group behind the attack and the abduction of the victims, urging Nigerians to also collaborate with security personnel to smoke out the criminals.

Mohammed stated that the Kaduna-bound train was attacked by a combined team of Boko Haram insurgents dislodged from the Northeast and bandits operating in Niger, Kaduna and Zamfara states.

World does not give equal attention to emergencies affecting black and white people says Head of World Health Organisation (WHO), Tedros Adhanom Ghebreyesus 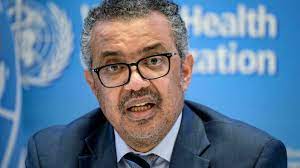