France faces a brutal two-week campaign over the country’s future, as the centrist incumbent, Emmanuel Macron, faces the far-right Marine Le Pen for the presidency, positioning himself as a pro-European progressive against what he calls her anti-Muslim, nationalist programme and complacency about Vladimir Putin.

Macron topped Sunday’s first round of the French presidential election with 28.5 per cent of the vote, ahead of Le Pen’s 23.6 per cent, according to initial projected results.

All major candidates, except for the far-right TV pundit Éric Zemmour, immediately called for French people to vote tactically to keep out Le Pen in the second round.

The biggest shock of the night was the very low score of Valérie Pécresse, the candidate for Nicolas Sarkozy’s traditional rightwing party Les Républicains after been projected to take less than 5% – a poor showing that is likely to lead to the implosion of her party in favour of its hardliners.

The second round on 24 April will now be a replay of Macron and Le Pen’s last bruising election encounter in 2017. 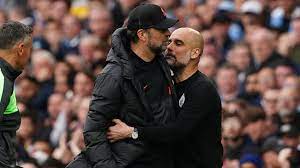 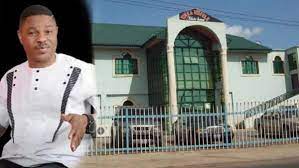