A former Speaker House of Representatives, Mr. Oladimeji Bankole, has called for less emphasis on the age of the leaders to pilot the affairs of the country.

Bankole made the call on Saturday on the sidelines of the 16th Annual Ramadan Lecture in Kaduna.

At an event, titled: ‘Social Media: Effects on morality,’ organised by a National Television and other media outlets, the former speaker, who was the special guest of honour at the annual event, urged Nigerians to continue taking part in the electoral process to elect responsible leaders.

Bankole noted that it was more important for the country to be led by leaders who were genuinely interested and committed to the Nigerian project, than to debate over the age of the candidates. He said morality and sense of responsibility often start from the home, adding that there was the need to get things in the right order.

The Former Speaker explained that Islam is a simple religion that has been solving societal problems, calling on Nigerians to go back to the Quran for guidance saying issues should be placed in their right perspectives, noting that, the problem here is that we are putting number five as number one and we expect peace to reign. 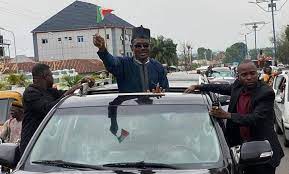 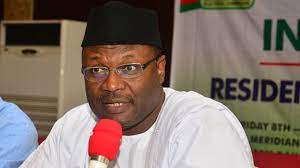