The Peoples Democratic Party (PDP) Southern Governors have insisted that the party should zone its 2023 presidential ticket to the southern part of Nigeria for equity and fairness.

The southern governors of the opposition party expressed their position on the issue of zoning while briefing newsmen after their meeting on Friday night at Akwa-Ibom Governor’s Lodge, Asokoro, Abuja.

The Governor of Abia State, Dr Okezie Ikpeazu, speaking on behalf of the governors, said they had watched with keen interest developments in PDP regarding zoning, but they had no reason to change their earlier stand.

Also fielding questions on speculations that the PDP Zoning Committee has already made the ticket open, Ikpeazu said that the southern governors do not work on speculations.

Present at the meeting were governors of Enugu, Rivers, Akwa-Ibom, Bayelsa, Abia and Oyo States.

Central Bank of Nigeria to begin payment of 65-naira refund to exporters. 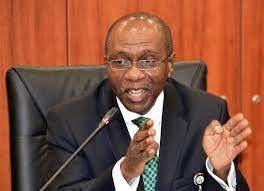