Gunmen have abducted the wife and daughter of the Commissioner of Environment in Plateau State, Idi Bamaiyi.

Family sources told newsmen that both mother and daughter were abducted on Saturday morning when the gunmen invaded the residence of the commissioner.

They, however, confirmed that the incident had been reported to the security agencies in a bid to ensure the return of the victims.

The assailants were said to have forced their way into the house in the early hours before abducting the victims in Gindiri township of Mangu Local Government Area (LGA) of the state.

According to eyewitnesses, the attack lasted for about an hour as the gunmen blocked major roads in the township while the operation was ongoing. 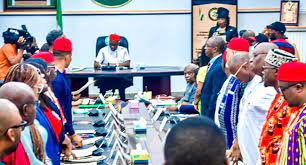