The All Progressives Congress (APC) has declared free nomination forms for female aspirants who intend to contest.

APC’s National Women Leader, Ms. Betty Edu, said this, on Thursday, during a media briefing held at the party’s national secretariat in Abuja.

According to her, the leadership of the party took the decision to encourage all female aspirants and mainstream them in politics.

While urging women to get involved in a series of processes that would lead up to the 2023 general elections, Ms. Edu, called on them to contest for political positions.

She further said that women must be actively involved in the political process and must go from door-to-door to sensitise other women to go out and participate in the ongoing registration of Independent National Electoral (INEC). 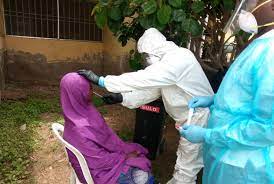